Valleytronics for fast and energy-efficient computing 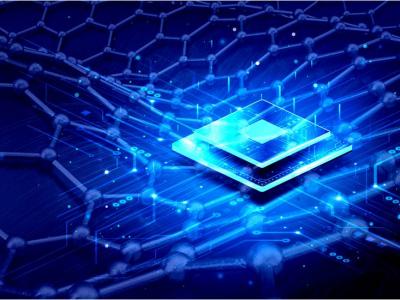 Researchers propose a quantum materials based valleytronics device structure that can be implemented using existing technology.

Silicon-based electronic devices have shrunk by 2000 times over the past 50 years. Technology is approaching the limit of how small and dense electronic circuits can become. Researchers are exploring new materials, technologies and atomic properties to pack more processing power in a smaller and smaller area. Another problem dense circuits face is that of heating. The microprocessor in our mobile has millions of a few nanometers (millionth of a millimetre) wide transistors. When millions of transistors are furiously switching between the logic states „0‟ and „1‟ at lightning speed on a chip of about 1 cm x 1 cm, the heat density can be enormous. To keep up with the burgeoning demand for computational power along with energy efficiency, we need to explore novel technologies. Valleytronics is one such promising technology that can achieve our goals. It allows quantum encoding of information, thus opening the doors to the hot topic of quantum computing.

Undergraduate student Koustav Jana, and Prof Bhaskaran Muralidharan of the Indian Institute of Technology Bombay (IIT Bombay), Mumbai, have proposed a device structure for a valley polariser---an integral part of valleytronics systems. It is analogous to the optical polariser in optics. The proposed design is robust, all-electrical, and hence can be seamlessly integrated with modern electronics and could be fabricated using the existing fabrication techniques. The design suggests using two dimensional (2-D) materials—single-atom-thick sheets of certain materials.Their research was published in npj 2D Materials and Applications. The study was funded by the Science and Engineering Research Board (SERB) and the Ministry of Electronics and Information Technology (MEITY) and the Ministry of Education (formerly MHRD).

Computers use only „0‟ and „1‟ to represent information and perform logical operations. We can represent the numbers using any convenient scheme, such as a lever that can be up or down or a switch that is ON or OFF. So far, the logic circuit and memory technologies have been using only the electrons‟ electrical charge and related properties. The two binary states, „0‟ and „1‟, are associated with the flow of electrical charge, also called the electrical current or the lack of it. Researchers are currently exploring quantum properties of electrons, like the spin and the valley degrees of freedom. The valley degree of freedom corresponds to certain local extrema in the electronic band structure in 2D materials, which can be used to create the two binary stable states. Exploiting the so-called „valley‟ degree of freedom for information processing, analogous to the spin degree of freedom in spintronics, is known as „valleytronics‟.

According to quantum theory, electrons act as particles and also exhibit wave-like properties. In most materials, while studying their properties at the macroscopic level, we “encapsulate” the quantum effects into compact and effective quantities, like effective mass and conductivity. However, there is a special class of materials in which the wave nature of electrons and the corresponding “quantum-ness” needs to be considered even at the macroscopic scale and are rightfully known as quantum materials. Many 2-D materials fall in this category.

Graphene is an extensively researched quantum material that is a two-dimensional form of carbon and has a hexagonal lattice structure. Silicon, germanium and tin, other group-IV materials (they have four valence electrons) like carbon, also have similar 2-D forms called silicene, germanene and stanene, respectively. These materials, called 2D-Xenes, have an interesting property. Under certain conditions, the bulk behaves like a conventional electrical insulator, but at the boundary of the sheet, the materials possess conducting channels that can carry current very easily, with almost no resistance. “It is like the difference between travelling on the chaotic city roads vs the highways, which have dedicated lanes for traffic,” explains Prof Bhaskaran. “Such conducting channels can also be engineered as per our requirements, in the bulk of these materials,” adds Koustav Jana.

Two-dimensional-Xene materials also possess two valleys, which are designated as K and K‟. These „valleys‟ are minima in the energy description of these materials, which is commonly referred to as the band structure. For using valley states to represent logic states efficiently and reliably, the valley states need to be stable, controllable, and robust to material defects and disorders. This can be achieved by electrically engineering robust valley-polarised conducting channels in 2D-Xenes. The lattice structure of silicene, germanene and stanene show buckling; that is, the atoms in lattice are not exactly in the same plane but are slightly above or below the plane of the structure. This buckled structure allows for electrical control of the distinct stable valley states. An important step toward manipulating these valleys is their spatial separation.

Previous research shows that these valleys can be spatially separated using light or a magnetic field. However, using light or magnetic fields to control the states can be inconvenient while using valleytronics devices in today‟s appliances. Devices routinely use a voltage supply to operate, so controlling valley states using electric voltage makes it convenient to integrate these valleytronics devices into modern-day electronics.

The IIT Bombay researchers have proposed a device structure with a single layer of 2-D Xene material as the charge carrying channel. A terminal called a gate controls the electric current flowing through the channel, similar to how a gate controls the current in the modern transistor design. The gate structure, which is also used to create the valley separation, sandwiches the 2-D Xene ribbon. The top and bottom gates are split into two parts—say A and B—along the direction of the current flow. Top-A and bottom-B are connected to the positive terminal, and top-B and bottom-A are connected to the negative terminal of the supply to have opposite electric fields on either side, A and B.

The interesting split gate structure ensures that the valley-polarised interface states are spatially separated and also robust against typical disturbances due to material defects and disorders.

The researchers also presented an analysis to help optimise the device parameters, such as the material and the gate separation width, to achieve the intended capability in terms of the conductance and valley polarisation. “We believe that our work opens the door for researching the utility of using 2D-Xene materials for possible applications in valleytronics and spintronics,” say the researchers.