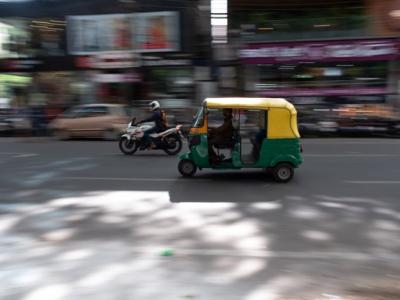 India witnesses the most road crash-related fatalities in the world. Around 29 children die every
day in road accidents and about 1.5 lakh road crash-related deaths occur every year. Rash driving,
bad road infrastructure and weak traffic law enforcement have been the major factors contributing
to road accidents. Moreover, Indian automobiles lack the Advanced Driver Assist Systems
(ADAS) that minimise human errors in driving and reduce road accidents. With features like
automatic braking, collision warning and lane-keeping assistance, ADAS is a common feature
found in automobiles in developed countries.
In a recent study, Dr Anna Charly and Prof Tom Mathew from the Indian Institute of Technology
Bombay (IIT Bombay) have analysed the factors that lead to road crashes, which will help develop
ADAS suited to the Indian driving conditions. The study was published in the journal
Transportation Letters and partially funded by the Department of Civil Engineering, IIT Bombay.
The well-tested ADAS from western countries cannot be directly brought into the Indian markets.
These systems are designed according to the driving behaviour, road signs and road infrastructure
of a particular place. “The driving behaviour in India is very different from western countries.

Most crashes here occur because of abrupt lane manoeuvring and overtaking, whereas driving
discipline is mostly maintained abroad. So risky driving in India has to be identified differently,”
explains Dr Charly, an expert on road safety.
Unlike in previous studies, the researchers analysed a broad range of factors affecting road safety
like driving behaviour, the curvature of the road, the presence of steep slopes and time of the day.
They chose the 94-kilometre-long Mumbai-Pune expressway, which includes a variety of road
terrains and has a long history of frequent road crashes, for their study. They recorded real-time
data, such as position, speed and acceleration, of 23 car drivers travelling on the expressway to
study the typical driving behaviour. Then, they painstakingly studied the average driving
behaviour on 188 segments — each one kilometre in length — of the expressway, and used it to
explain previous road crash data on different road terrains.
The team noticed some patterns in their observations. Most of the previous road crashes had
occurred on road segments which were either curved and flat or had a downward slope. On such
segments, drivers very often changed lanes and speeds. They also observed many crashes on roads
that steeped downward, irrespective of how the drivers drove. To identify the most important road
safety factors to predict crashes, they calculated the ‘correlation’ between each factor and previous
road crash data — that is, how likely was it that some factor often led to road crashes?
The researchers concluded that frequent change in driving speeds was unsafe, especially during
the night. And abrupt changing of lanes was dangerous, especially during the day. Steep downward
roads were also more accident-prone. They used these factors to model possible future road crash
scenarios, which they verified using previous crash data. “Traditional road safety analysis is
‘reactive’ and uses road crash data which is often improperly reported without crucial details. So
instead, we used a ‘proactive’ approach to identify ‘surrogate’ events (warning signs of a possible
crash) from traffic and driving behaviour data,” says Prof Mathew. “Our approach eliminates the
need for less reliable road crash data, and can be used for new traffic facilities where such data
isn't available.” Their model can be used to set thresholds for risky driving behaviour and help the
ADAS take automatic counter measures.
Though the study was conducted on an expressway, the results can be extended to the city roads.
“Our conclusions on the important factors, and how they could be risky, apply to all types of roads
because the driving behaviour is the same. Only the thresholds would be different,” says Dr Charly.
“For example, on expressways vehicles are allowed to travel at very high speeds, unlike within a
city. So driving performance thresholds are set taking that into consideration,” she adds.
The researchers are currently improving their prediction model. “We mainly studied passenger
cars, but driving behaviour depends on the type of vehicle. A behaviour which is significant among
car drivers might not be so for two-wheeler or truck drivers. We also want to study environmental
parameters like rain and visibility,” says Dr Charly. Interestingly, the UN had declared 2010–20

as the decade of action for road safety. With efforts on the research front as well, let us hope for
safer roads in future.