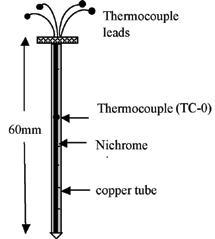 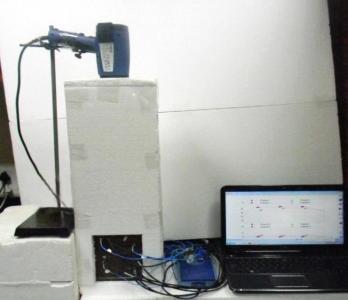 The soil mass is subjected to elevated temperature due to construction of several thermo-active structures like tanks storing heated fluids, buried cables and pipelines, air conditioning ducts, rocket launching pad, disposal system of nuclear and thermal power plant wastes, etc. These result in conveyance of thermal energy through it. At times, the soil mass is subjected to temperature variation due to natural phenomena like freezing and thawing, seasonal and climatic variation, volcanic eruption, etc. All these situations necessitate the understanding of migration of thermal energy that occurs through soil mass, which is primarily dependent on thermal properties
(i.e., thermal resistivity, thermal conductivity, thermal diffusivity and heat capacity). In this context, it is worthwhile to mention that the Environmental Geotechnology Lab at IIT Bombay has developed several low cost thermal sensors as well as methodologies to determine the thermal properties of the soil mass. Moreover, studies are being conducted in lab scale to establish thermal regime of saturated and unsaturated soil mass in order to investigate the heat migration mechanism. Subsequently, our lab has been instrumental in determining the extent of heat migration for an individual heat source in the soil mass, thereby developing economic moisture sensor for agricultural purposes that employ the heat pulse technique.