Testing the Waters: The Physics of Droplet Impact on Flexible, Hydrophobic Surfaces 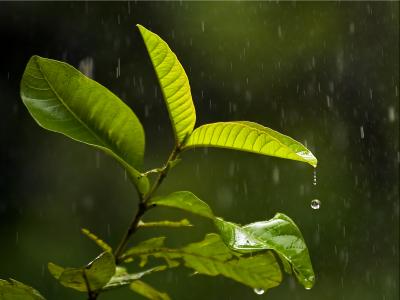 Scientists explore how droplets interact after they fall on flexible, ‘unwettable’ cantilever beams, opening doors to a variety of applications

The dynamics of liquid droplets falling on rigid surfaces is well explored, but what about deformable or flexible surfaces? Scientists from the Indian Institute of Technology Bombay, India, analyzed the droplet impact dynamics on flexible, hydrophobic cantilever beams using a high-speed camera and developed a mathematical model to describe the coupled droplet-surface system. Their findings could be useful in many applications, including designing efficient pesticides spray on crops and anti-icing surfaces.

There is physics in everything that happens around us, whether we see it or not. A good example is the “droplet impact phenomenon,” which describes the way liquid droplets behave after falling on a surface. The term “droplet impact” may seem very technical, but this phenomenon described everything from rainwater drops to spilling of your coffee drops on a tabletop. The physics of droplets falling on rigid surfaces has been studied extensively throughout history.

But not everything is rigid. The effects of droplets impacting flexible surfaces, like water on a leaf for example, remain largely unexamined. “When a droplet hits a flexible surface like a leaf, energy is transferred from the droplet to the surface, causing it to vibrate,” explains Prof. Rajneesh Bhardwaj from Indian Institute of Technology Bombay, India. “Sometimes the droplet bounces off the surface almost immediately post-impact, yet other times it stays stuck for a comparatively longer time. To date, no study offers a complete understanding of such coupled surface-droplet dynamics.”

Prof. Bhardwaj and his team study the dynamics of water droplets impacting flexible “cantilever” beams, which are supported at one end and carry the weight at the other end (like a leaf carrying a water droplet collected at its edge[DS1] ). In their latest study, which was selected as Editor’s Pick in Physics of Fluids, the research team conducted a series of experiments, in which they used a high-speed camera to observe how superhydrophobic (that is, extremely water-repelling) cantilever beams of various lengths interacted with droplets dispensed from a microliter syringe pump. Based on their findings, they proposed a mathematical model based on a set of basic parameters such as cantilever length, droplet diameter, and impact velocity that accurately described their observations.

The images acquired by the team revealed in extreme detail (1) how the spherical water droplet changes its shape as it hits the cantilever, (2) how the cantilever undergoes oscillations at well-defined frequencies based on system parameters, and (3) how long it takes the droplet to bounce off the cantilever. “We primarily tried to understand the conditions that dictate the droplet’s bouncing mechanisms,” explains Dr. Bhardwaj. “The whole event happens at a microscopic time scale, so we performed high-speed imaging at 3500 frames per second; roughly recording one image per 0.3 milliseconds.”

Based on the gathered data, the team characterized the surface-droplet system’s dynamics, highlighting the conditions for certain extreme cases that could arise in practical situations. For instance, maximizing the contact time between the droplet and cantilever is desirable when designing more efficient pesticides. On the other hand, minimizing the contact time is desirable for anti-icing surfaces. Moreover, maximizing the energy transfer from the droplet to the surface is ideal for rain-based energy harvesting systems.

“Our study provides a solid understanding of a natural phenomenon that is relevant to modern human technology. With the new insights, we could not only better understand how insects fly in rainfall, but also improve upon future designs for micro air vehicle wings,” says Prof. Bhardwaj.

From basic to applied research, these findings will form the basis for various further studies; even drops of rainwater on a leaf have much to teach us!