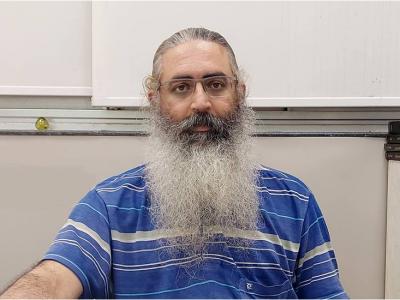 The Swarnajayanti fellowship comes with a generous research grant along with Rs. 25,000/- monthly fellowship for five years.

Prof Subramaniam Chandramouli, Associate Professor at Department of Chemistry, Indian Institute of Technology Bombay (IIT Bombay), Mumbai, is among the three awardees to receive the prestigious fellowship this year (2020-21) in the field of chemical sciences.

Prof Chandramouli has been spearheading the work on understanding the structure-property relations of nano-form of carbon allotropes - Carbon nanotubes (CNTs), graphene and related doped nano carbons such as nitrogen and boron-doped CNTs and graphene. His application-oriented fundamental research seeks to understand the electrical and thermal transport properties of various nanomaterials and thereby develop applications in domains of energy conversion and storage. In this respect, his Swarnajayanti fellowship proposal aims at generating „green heat‟ from solar energy for various practical applications.

India receives plenty of sunlight - even in high altitude regions, such as Siachen and Ladakh. Taking advantage of the surplus solar energy, the government is on a massive drive to switch to renewable energy sources such as solar power. Nearly 47% of the solar energy that reaches the earth‟s surface lies in the infrared region. Most solar panels absorb ultraviolet light and a portion of the visible light, which gets converted to electrical energy. However, the infrared part that carries the heat component goes unutilised. The challenge was to put this abundant supply of light energy to greater use, which formed the premise of Dr Subramaniam‟s proposal for the fellowship.

Prof Subramaniam says, “We asked, „can we convert light energy to heat?‟ That would mean we are generating green heat - that is, generating heat without burning any fossil fuels. At the same time, this type of light-to-heat conversion should be completely sustainable.”

The researcher and his team overcame the challenge by employing carbon nanostructure coatings on surfaces (such as copper, paper, plastic) that work as broadband absorbers of the entire light spectrum. The carbon nanostructures have funnel-shaped elements that wrap together to form a carbon floret-like structure. Once light enters these conical elements, it cannot escape out. This facilitates multiple internal reflections and thereby directs the light towards the base, rather than outside. Thus the combination of chemistry and structure realises the high absorbance of the solar light by these structures.

Also, the material is so designed to yield the blackest of black carbon to ensure high absorbency. “The design ensures high absorption of 98% of the radiation. Besides, the floret structure has a large surface area, thereby providing a high interface for light-matter interactions. For example, a gram of the material has the same area as approximately four tennis courts,” says Dr Subramaniam. Moreover, the nanomaterial is available in a powder form which can be dispersed in a liquid and sprayed over surfaces using a commercial spray gun. The coating would last for four months under ambient conditions, he adds.The light absorption in these nanostructures generates intense heat. Laboratory experiments have shown that when these samples are placed in the sun, the surface temperature rises to 160 deg
celsius instantly.

The generated heat will be utilised to convert water to steam. In turn, the steam will be used for water purification and desalination to obtain potable water, heating purposes in high altitude regions, and many more. The professor says, “Our research is at the Technology Readiness Level 3 stage, that is, we have a laboratory prototype that has been extensively tested in real-world conditions.” They performed experiments by coating the carbon nanostructures on surfaces like porcelain and copper and placing the samples under sunlight. The temperature rose instantly to 145 deg C, indicating the efficient absorption of light. The fellowship will allow them to probe the fundamental physics of light-matter interactions and the pathways of conversion of light energy to heat energy in such structures. Further, this would also enable scaling up the experiments and testing them for practical purposes where heat generation is required, for example, water heating. “Soon, we will have a prototype of a space-heating module ready to implement in mountainous regions,” he adds.

His team is also developing microscale light-mills using identical carbon nanostructures to coat tiny rotating blades. Light mills are miniature wind-mill like devices that generate power by light-triggered mechanical movement. Such devices have a wide range of applications in microfluidics and biological experiments (to pump liquids through miniature valves).