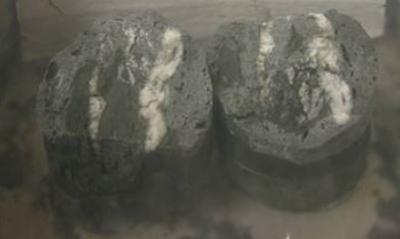 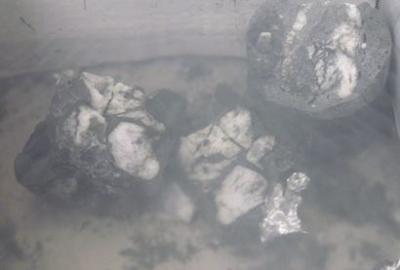 The rapid growth in population, industrialisation, and infrastructure, has led to over dependence on conventional non - renewable resources (viz., coal, petroleum, and natural gas) for fuel and energy generation, which eventually has resulted in fast depletion of these resources. In this context, naturally occurring methane gas hydrates (solid crystals with methane gas trapped inside water molecules) found in offshore and permafrost regions, can turn out to be one of the potential energy sources for overcoming the energy crunch in the near future. It has been reported in literature that the amount of methane gas in gas hydrate reservoirs is double the volume of all conventional gas resources.The dissociation of methane gas hydrates, results in a multi-phase fluid migration (methane gas and water) through the sediments bearing them. This mechanism can be quantified by employing the term ‘permeability’, which governs the gas production potential from any hydrate bearing deposits. Here, it should also be considered that the absolute permeability of one fluid will be affected by the presence of other fluid(s), and therefore, it is essential to determine
the relative permeability of the fluids (gas and water), at different ‘hydrate occupancy’ or ‘hydrate saturation’, which is defined as percentage of pore space occupied by hydrates. Furthermore, the permeability characteristics and ‘hydrate saturation’ are dependent on the pore characteristics (viz., pore dimensions, shape, and connectivity) of the hydrate bearing sediments and hence, in this context we are trying to develop methodologies for understanding coupled fluid flow mechanisms and also, to establish direct / indirect correlations between the permeability and hydrate saturation.