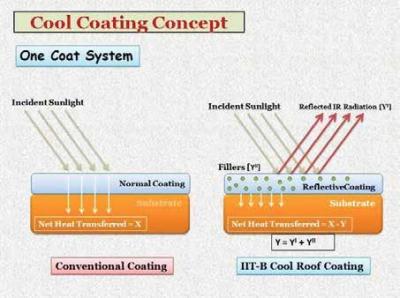 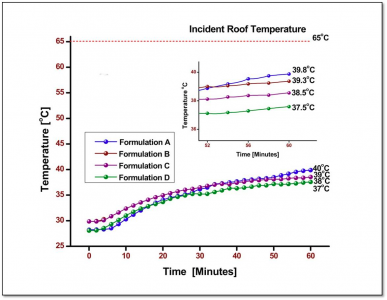 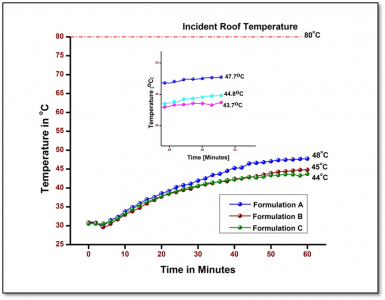 Many would be aware about the blue-painted houses of the ‘sun city’ Jodhpur, also known as the blue-city for many tourists, where the day temperature is average of about 33.6°C and the record high temperature is 54°C. While on a tour to Jodhpur, we were given to understand by tourist guides that houses are painted white and blue to protect it from the sun’s heat. Travel photos from the Mediterranean and Middle East often show a landscape of homes with white roofs and walls. These are in fact cool roofs, and have been a common architectural element for thousands of years.Global surface temperature has increased ~0.2°C per decade in the past 30 years, similar to the warming rate predicted in the 1980s in initial global climate model simulations with transient greenhouse gas changes. From a scenario in which metal roofing conjured images of corrugated GI sheets put over outhouses and sheds, Indian construction has embraced the new-age metal roof in a bog way. The market size for coloured metal has grown from 45,000 tonnes per annum to about 200,000 tonnes per annum in a short span of a few years, growth was estimated at 15-20% in year 2006 (MGS Architecture, 2016). The uncoloured metal sheets are majorly used by the lower and middle segment of the society for housing purpose and the upper income group will use it for auxiliary structures e.g. garages, store houses, etc. The cost for cooling in industrial setups rises due to the heat generated under metal roofs and living in such homes becomes difficult not only for Indians in middle and low income group but in other developing nations as well.Our team has developed an affordable cool-roof coating which can help attain a difference of 20°Cbetween the roof temperature and internal room temp and it comes in multiple colours! We have also successfully synthesised a ready-to-use thin adherent water based paint with standard hardness for exterior concrete surfaces (walls and roofs) with high IR and near IR reflectivity of ~55% (depending on the colour) as compared to existingreflectivity of <10%. Fig. 2 In addition, they have incorporated hollow microspheres as a composite with the paint which compress as the paint dries to form a thin thermal barrier to insulate the interior rooms from a major part of the heat that was absorbed by the coating. The schematic of the formulation can be seen in Fig. 2 & 3.Preliminary studies have been conducted for two separate roof temperature of 80°C and 65°C. Results show a steady state interior temperatures less than 47°C and 40°C which varies slightly based on the minor variations in paint formulation. This innovation can solve the issues of internal heating during summers and can also reduce the energy demand, which can further reduce the stress on the electricity supply needs and demand for coal and petroleum import. In the larger perspective, it can also reduce greenhouse emissions (lower load on air-conditioners) and shall improve ambient air quality by reducing smog (by decreasing urban air temperature). At the same time, this solution will maintain the aesthetic panorama of urban space, instead of all-white moribund looking societies; all achieved at an affordable price. Current estimates suggest a savings of Rs450 crores per year in a city with 10 lakh air-conditioners users.