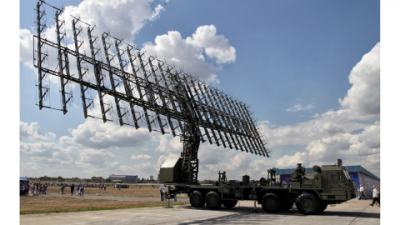 The security and reliability of communication systems used in military applications are uncompromisable. Jammers can disrupt radio communication in a locality; a strategy the military is shown to use while attacking terrorist camps in a recent movie. Knowing how jammers behave in various conditions becomes significant.

In a recent study, published in the journal IEEE Transactions on Information Theory, Prof. Bikash Dey and his co-workers from the Indian Institute of Technology Bombay (IIT Bombay) and Tata Institute of Fundamental Research (TIFR), Mumbai have explored the ability of jammers, which know specific information about the communication channel, in interrupting communication. Their findings show that irrespective of any intelligent strategy used by such jammers, they cannot cause more damage than those that do not have specific information about the channel.

In electronic communication, a transmitter sends a message to a receiver over a channel—a medium that carries information. A telephone wire, the air that transmits WiFi or cellular signals, a hard disk are all examples of a channel. The received message could have errors because of interference from neighbouring wires, radio signals or electrical signals. These interferences, called ‘noise’, reduce the reliability of the received information. An increase in noise in the channel increases the error rate of the information transmitted, thus decreasing the channel's reliability.

The amount of data a channel can carry in a certain time is called its capacity. The capacity of any channel can be theoretically calculated and has a theoretical limit. This theoretical limit is a very helpful number because it indicates that as long as we transmit data at a rate below the channel capacity, we can achieve very high reliability by using clever coding schemes.

In a generic case of transmission, the receiver can evaluate how the channel affects the message by analysing a known 'test signal' that it receives. Hence, though the transmitter may be unaware of the errors introduced by the channel, the receiver can identify them and possibly correct them. In some cases, the transmitter knows how the channel affects the message, but the receiver does not have this information. Such systems are used in cryptography and steganography, where the message of interest is embedded in or ‘rides on’ another message for obscurity. “It is like using a paper which already has something written on it, or a photograph to write your message, just like ‘writing on a dirty paper’ and one of the models is aptly called the ‘Dirty Paper’ model,” explains Prof. Dey Communication systems use a ‘pre-shared key’, known beforehand to the transmitter and the receiver, to safeguard against noise and to ensure reliable communication. In the current study, researchers assume that systems use this technique. As the noise in the channel increases, systems may still ensure reliable communication by retransmitting data, but this may drastically lower the information transmission rate.

“This work is very interesting because it extends known communication models to include an intelligent jammer or adversary. The techniques used in the work can also be useful in the study of other adversarial communication settings,” commented Prof. Dey. The researchers wish to further extend their study to the case where the receiver also knows the channel state in addition to the transmitter and the opponent knowing it.