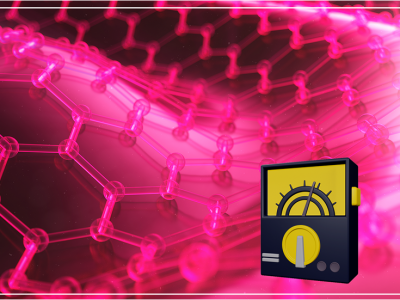 Valleytronics is an emerging quantum technology that promises high-speed data processing compared to present-day electronics. In valleytronics based quantum computing, valleys—local minima in the energy band structures of electrons—are used to encode, process and store information. One of the ways to switch the valley states is by using infrared light. Valleytronics based quantum computing would need low-cost infrared sources with selective control on the direction of light propagation.

Researchers from IIT Bombay have proposed a new technology platform that uses voltage to control the intensity of light emission and the direction of light propagation. It can be used to control valley states for quantum computing and also to detect chemical molecules, perform biological imaging, or design a brighter light source. The researchers have used a heterostructure of graphene—a two-dimensional material whose optical conductance can be controlled using voltage, and alpha molybdenum trioxide—another layered two-dimensional material whose optical properties are different in different directions—to create the platform.

The study was published in the journal De Gruyter Nanophotonics. The study was funded by the Department of Science and Technology, Government of India. The current research is the first time researchers have used voltage to control light in an alpha molybdenum trioxide and graphene heterostructure.

Two-dimensional materials are becoming more and more significant due to their unique and unusual properties, making them suitable for quantum computing and nanotechnology. They are in the form of one-atom-thick sheets. This sheet material exhibits some interesting properties, different from the bulk form of the same material. The proposed heterostructure has a thin film of alpha molybdenum trioxide over a silicon substrate. On top of alpha molybdenum trioxide is a single layer of graphene attached to a terminal called the gate. The gate is used to apply voltage. The intensity of infrared emission due to the interaction of infra-red light with electrons in graphene can be controlled using voltage. However, more useful and exciting applications are possible if the direction and polarisation of the light can be controlled too. Alpha molybdenum trioxide is an interesting material in which the permittivity of light in different directions in a plane is different. Light of a specific polarisation is blocked in one direction but passes through in another direction. The combined properties of the two materials give rise to a fascinating light emission pattern in the heterostructure plane.

The heterostructure provides the benefit of large operational bandwidth and higher propagation distance which we do not obtain from any one material individually. Along with that, we can control the direction of propagation either by using voltage or the polarisation state of the incident light, or both,‖ says Dr Saurabh Dixit, a researcher of the current work. The researchers made use of the Purcell effect, a quantum phenomenon that suggests that spontaneous emission of light from a molecule can be enhanced by changing the dielectric permittivity (the ability of a material to store electromagnetic energy) of the medium surrounding it. ―We leverage the Purcell effect phenomenon by using voltage to tune the dielectric permittivity of the proposed platform using graphene. Being able to control the emission pattern of light from an emitter in the vicinity of the proposed platform thus allows one to address the valley qubit easily,‖ says Mr Aneesh Bapat, a researcher of the current study.

The researchers used mathematical analysis and computer simulations to analyse the properties of the proposed heterostructure. They showed that the proposed platform could provide a convenient way to realise valleytronics devices. ―This is an important development since the technology for applying precise voltages is already mature even at the nanoscale. Hence our approach makes it easy to bring an on-chip realisation of valleytronics based quantum circuits,‖ says Prof Kumar, who led the research.

The platform can also be used for other applications such as sensing biomolecules and cooling nano sized electronic circuits. It opens new avenues for applications in quantum interference, gate tunable planar refraction devices, emission pattern engineering and quantum field entanglement.