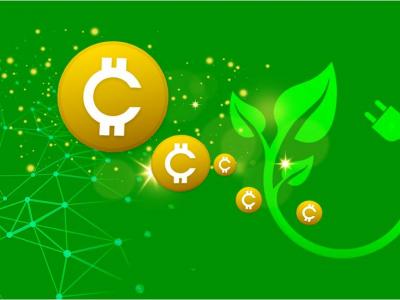 Today, the news is full of buzzwords such as „cryptocurrency‟ and „blockchain‟. Ever wondered what they are? Blockchain is a distributed digital database that is shared using a computer network. It records transactions and tracks ownership of assets such as cryptocurrencies, land records and goods in the supply chain.

A team from the Indian Institute of Technology Bombay (IIT Bombay) led by Prof. Manoj Prabhakaran, Department of Computer Science and Engineering, is a part of one of the ten teams selected by the Algorand Foundation under the Algorand Centres of Excellence (ACEs) Program. Prof. Vinay Ribeiro and Prof Umesh Bellur, also from the Department of Computer Science and Engineering, are the co-leaders. The ACE program aims to award USD 50 million (about 400 crore Indian rupees) among the ten teams over five years. The Algorand program received 77 proposals with more than 550 participants representing 46 countries. An international panel of 27 experts from diverse disciplines selected the winners.

Cryptocurrency, which has blockchain technology at its backbone, is gaining momentum worldwide. Some well-known cryptocurrencies like Bitcoin require power-heavy processing on several computers connected in the network to record a single transaction. Due to the high power consumption, the carbon emission is high, raising questions about its environmental impact. Algorand is a company that designs blockchain technology and aims to have no negative impact on the environment by reducing power consumption and, thereby, carbon emission. Algorand Foundation attempts to grow a carbon-negative ecosystem using Algorand blockchain technology in various areas. “The Algorand blockchain technology uses a design and protocol that requires less computational power than other cryptocurrency implementations, suh as Bitcoin and Ethereum, making Algorand carbon-negative,” explains Prof Ribeiro. Algorand claims to dedicate a part of every transaction fee for the purpose of carbon offsetting. In its pursuit to aid research in green blockchain technology, the company is setting up Algorand Centres of Excellence (ACE) across the globe.

Blockchain facilitates the transfer of ownership of assets via transactions which are recorded on blocks, similar to transactions of a bank being recorded on pages. Each block stores the mapping, called a hash value, of the previous block, which acts as a unique ID of the content of the previous block. This is termed cryptographic chaining of the blocks using hash pointers. The ownership information of the assets recorded in the blockchain cannot be arbitrarily modified; thus, integrity of information exists in the blockchain. The use of hash pointers ensures that the history of the transactions is tamper-proof. Often, this database of transactions, called a ledger, is not maintained by a single central server, but a community of participants maintains it. These participants get paid in cryptocurrencies for their services. Blockchains are best known for their crucial role in cryptocurrency systems for maintaining a secure record of transactions.

“There are many reasons to take a closer look at blockchains,” explains Prof Prabhakaran. “For one, blockchains are still an immature technology, and many of the algorithmic and systems design choices are ad hoc. Indeed, one of the claims to fame for Algorand is that it pioneered a system that uses cryptographic techniques to do away with Bitcoin‟s computationally and ecologically expensive protocol for running a lottery. But this is not the end of the story. Our research at IIT Bombay looks into several other ways a blockchain-like system can be made more robust and efficient from theoretical and practical points of view. We are also interested in resolving some of the tension between transparency and secrecy that one encounters on such systems, using advanced cryptographic techniques like secure multi-party computation. Also, at MEGA-ACE, researchers will look into new and appropriate real-life applications of blockchain technologies and complex game-theoretic questions that arise when incentivizing real-life participants with cryptocurrencies.”

The bigger MEGA-ACE team has its roots in the theoretical cryptography community, of which Prof Manoj Prabhakaran has been a part. He has been conducting research in the field of Distributed Data Repositories. Prof Ribeiro and Prof Bellur are working on research areas focussing on increasing the number of transactions per second and reducing the time required for confirming a transaction in a blockchain. “Blockchains are a melting pot of several technologies, and at IIT Bombay, we have a good balance of theoreticians and practitioners who can work together on this topic,” remarks Prof Bellur.

IIT Bombay will receive around USD 350K (roughly 2.8 crore Indian Rupees) from the total grant of USD 8 million (about 64 crore Indian Rupees) to the MEGA-ACE project. The MEGA-ACE team aims to educate students across the globe with multi-lingual material. For IIT Bombay and other partner institutions, the project also aims to conduct collaborative events like workshops, schools, hackathons and blockchain days that encourage blockchain research. MEGA-ACE team aspires to find solutions in the Algorand ecosystem that address infrastructure problems in local communities in the countries of partnering institutes like IIT Bombay.

“Blockchain technologies are evolving fast, and their current applications are largely experimental in nature. But there is a great deal of interest from Indian enterprises and governments. Going forward, as these technologies become more robust and their potential for more efficient and transparent digital transactions become better understood, these technologies are likely to see more adoption,” concludes Prof Ribeiro.