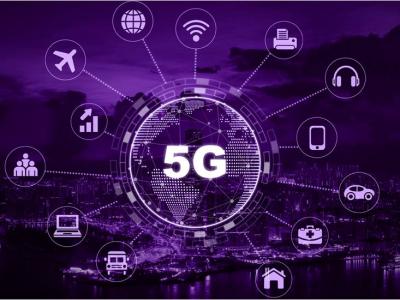 On 20 May 2022, the nation witnessed the first ever call made on 5G by Mr Ashwini Vaishnaw, the Union Minister of Communications and Electronics & Information Technology in the Government of India. The feat was celebrated widely across both academia and the industry as it can significantly boost both research and start-up ecosystems in India.

India launched the Indigenous India 5G testbed project, a multi-institutional effort with contributions from five IITs (Madras, Hyderabad, Bombay, Kanpur, Delhi), the Indian Institute of Science, Bengaluru and two research labs (SAMEER and CEWiT). The project was funded by the Department of Telecommunications, Government of India.

5G is the successor of the currently prevalent 4G networks many mobile telecommunications companies offer. The 5G network technology promises to provide lesser latency. The annoying delay one experiences during a voice call is due to latency. 5G networks are set to have more data carrying capacity, higher download speeds—up to 10Gbps, more users per cell, and smaller, compact base stations instead of big mobile towers.

5G networks will operate on a frequency range of 24 GHz to 52 GHz, which is different from 4G. Though high-speed transmission is possible at these frequencies, their range is low. Hence the base stations would need to be closer to each other. Additionally, the 5G technology would also support the 4G frequency range for higher transmission distance but relatively lower speed.

5G networks are set to integrate different technologies and components. In addition to human users, devices that use the Internet of Things could use 5G networks to connect to the Internet.

For a nation to ensure its citizens also reap the benefits of new technologies, it has to invest early on in human resources, develop appropriate infrastructure, and create an enabling environment.

The 5G testbed project has been taken up with these goals. The goal of the testbed project is to develop all components of the basic 5G system from the ground up in a production-grade standards compliant manner and open these components to researchers and start-ups in India for their use in research, development, and production.

The indigenous 5G network developed as part of the 5G testbed project consists of the radio access network (wireless base stations and user equipment) and the 5G core network. The 5G core connects the wireless radio access network to external networks like the Internet. It enables services like voice, mobile broadband, and other novel applications. The core network is the brain of the telecom network and implements functionalities like user registration, authentication, data forwarding, billing, charging, mobility management, and policy enforcement. The core network plays a significant role in providing good quality of service to mobile users. The IIT Bombay team was responsible for designing and implementing the main components of the 5G core subsystem that anchor all of these functions.

The IIT Bombay team designed and implemented the 5G core components developed as part of the testbed using state-of-the-art design principles such as Network Function Virtualization (NFV). For faster development and better scalability, they built all 5G core components as scalable software that runs on commodity hardware (either on a cloud or bare metal). The components communicate over REST-based HTTP APIs, in accordance with the Service Based Architecture (SBA) design paradigm. The data plane components were developed over the high-performance Data Plane Development Kit (DPDK) framework for efficient data handling at high network speeds.

Further, the 5G core in the testbed supports deploying Multi-access Edge Computing (MEC) applications. A network has many exchanges and base stations connected to each other. The end users, like mobile or broadband subscribers, are said to be at the edge of the network. To let customers process data with minimum latency, providers place data centres closer to the subscribers, that is, the edge of the network. Such a system is termed multi-access edge computing (MEC).

The IIT Bombay researchers have also developed a multi-access edge computing (MEC) technology, which is considered one of the critical enablers for technologies to meet the standards laid out by the International Mobile Telecommunications (IMT)-2020 standards for 5G communications. The researchers have demonstrated a full-fledged MEC architecture and integrated it with 5G core following European Telecommunications Standards Institute (ETSI) 5G specification with an application deployment use-case.

New technology has several goals and also offers many new possibilities. Whether a technology delivers the promised features depends on many factors, such as implementation and extensive deployment. The current 5G testbed allows various stakeholders to experiment and test their technologies and march towards a successful, efficient and indigenous 5G ecosystem. It also provides opportunities for the country to be at the forefront of standardization efforts for 6G and beyond. More importantly, such indigenous development can greatly help in making India self-reliant and independent.