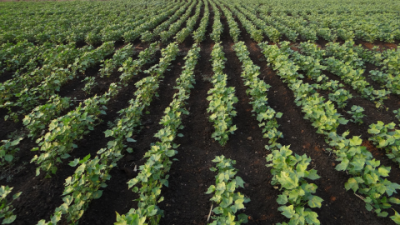 Study explores how farmers spend on pesticides in cotton farms based on land size, irrigation and tenancy.

India is among the top three exporters of cotton worldwide, and has the largest area under cotton cultivation. Unfortunately, not all is well with India’s cotton farming as it is also the crop where productivity is comparatively low and farmers face massive losses due to recurring pest attacks. Most cotton farmers resort to chemical pesticides, using morepesticides than what is used for other crops, sometimes using hazardous, banned or counterfeit pesticides. In a recent study, researchers at the Indian Institute of Technology Bombay, Indian Institute of Management Nagpur, and Jawaharlal Nehru University, New Delhi, have analysed available data on pesticide usage to study changes in pesticide expenditure among cotton farmers in India and reported how it differs according to factors such land size, ownership and irrigation.

In March 2002, the Indian government legalised the sale of ‘Bt cotton’ to prevent losses from bollworm infestation and reduce the incessant use of pesticides. Bt cotton is a genetically modified variety of cotton that produces toxins against insects such as American bollworm and Pink bollworm—the most common cotton pests. However, even after a decade since its commercialisation, there is limited evidence on how pesticide usage has changed among cotton farmers.

Many previous studies point out that the agrarian crisis in India is mainly due to the rising cost of cultivation. “Our study shows the differences in pesticide expenditure by land size, irrigation, tenancy pattern, and state, using unit level data from a nationally representative sample, which other studies have not demonstrated”, says Prof Sarthak Gaurav from IIT Bombay and an author of the study, talking about its novelty.

The study, published in the Economic and Political Weekly, used data collected in two rounds of surveys by the National Sample Survey Office, which conducts large-scale surveys in the country. The researchers analysed pesticide expenditure data of cotton farmers during the kharif season, which coincides with the Indian monsoon. They considered data from the NSSO survey conducted during 2002-2003 and 2012-2013, with a gap of ten years, to note the changes in pesticide use over a decade.

The study found that there has been a considerable increase in both, the area under cotton cultivation and the number of households cultivating cotton during the ten years. Many small and marginal farmers had taken to cotton cultivation in 2012-2013 than those during 2002-2003. The study also provided evidence for increasing trend among farmers who grow cotton as a single crop or monocrop in their fields.

When it came to cultivation costs, the researchers found that there was a decrease in the pesticide cost as a share of total expenditure incurred in cotton cultivation in 2012-13 compared to ten years earlier. However, the price of cotton seeds had increased during 2012-13. The researchers attribute this pattern to the widespread use of Bt cotton, whose adoption remarkably increased in the ten years. They also found that average pesticide expenditure per hectare incurred by cotton farmers in the country, excluding Karnataka and Tamil Nadu, had reduced by a factor of 0.65 during this time. However, the emergence of resistance to pink bollworm, and attacks from secondary pests such as jassids and aphids, force farmers to use more pesticides, thus posing a challenge in reducing the pesticide expenditure.

Using statistical methods, the study also found some significant demographic and economic factors behind the use of pesticides. For example, farmers who had a basic level of education used more pesticides per hectare than those who were relatively better educated. Also, farmers with small holdings, who comprise the majority of cotton growers, were found to spend disproportionately higher amounts per hectare on pesticides than those with larger holdings.

The analysis also showed that when credit was available, it contributed to an increase in the use of pesticides. Besides, farmers who underwent training in agriculture were likely to use pesticides but not spend too much on them compared to those who did not receive agricultural training. Interestingly, irrigation and having leased in land was associated with increased spending on pesticides. The researchers attribute this to the fact that farmers who cultivated on land that is leased tend to spend more on pesticides as they do not want to risk crop losses.

As India’s cotton production reaches new heights and there is growing concern about pesticides poisoning, especially in rainfed cotton-growing regions, it is prudent that we understand the implications of using pesticides on health, environment and ecology. The findings of the study could provide a baseline to compare future use of pesticides in the country, say the researchers. “We believe our study will help policymakers and NGOs understand variations in patterns of pesticide use and improve identification of vulnerable communities within the farmer population for addressing the irrational pesticide use and associated hazards”, says Prof. Gaurav.

The researchers advocate the need to reduce cultivation costs, regulate the quality of cotton seeds available in the market, reduce indiscriminate use of pesticides, rethink the use of long-duration cotton hybrids, provide formal financial services and educate farmers on locally relevant agricultural practices. Educating farmers on sustainable pest management practices, use of biopesticides, and integrated pest management practices may also help, they argue.

As a next step, the researchers are conducting an extensive study on the use of pesticides in Vidarbha region in Maharashtra that has been the epicentre of agrarian crisis and pesticide related poisoning. “We have gathered data on the type of pests and pesticides used by farmers in greater detail including the quantity of pesticide used and the brand. We have also interviewed several input dealers and documented practices about pesticide application and farmers' awareness about risk factors involved in pesticide usage”, signs off Prof Gaurav, talking about the future.