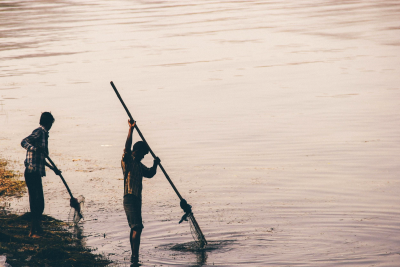 Copper is a micronutrient essential for the smooth functioning of the nervous and immune systems in humans and plays a significant regulatory role in the growth and reproduction of plants. While the lack of copper causes disorders related to the blood and the nervous system, excess amounts of copper could be toxic, resulting in conditions like Alzheimer’s disease and inflammatory disorders. In a recent study, Prof. Soumyo Mukherji and his team from the Department of Biosciences and Bioengineering, Indian Institute of Technology Bombay, has designed a new, accurate, optical sensor-based device to measure the concentration of copper in our blood and the soil and sources of water around us at an affordable cost.

Today, measuring copper concentration involves laboratory tests that are slow, need sophisticated instruments, are expensive and need a skilled operator. Some of the currently available field sensors need lengthy sample preparation, offer poor sensitivity and are challenging to work with when impurities are present. The new device designed by the researchers at IIT Bombay addresses these shortcomings. It can also be used on a wide range of samples such as blood serum, soil and natural water bodies— flexibility offered by very few detection methods. The researchers have published the study in the journal Biosensors and Bioelectronics.

The sensor developed in this study uses ‘immunoglobulin’—a protein in the human immune system—to detect copper concentration. “To the best of our knowledge, this is the first study where human immunoglobulin has been explored for selective detection of copper ions”, says Prof Mukherji informing about the novelty of this innovation.

The researchers coated the core of an optical fibre with polyaniline, a polymer that can conduct electricity. They pre-treated the immunoglobulin so that its structure is modified to interact better with copper, and combined it with the polyaniline coating. The chemical reaction that occurs due to the copper present in the sample changes the light absorbance of the polyaniline coating. This change, which is proportional to the concentration of copper in the sample, is then measured.

The device also has a simple, low-cost LED light, couplers to connect the optical fibre ends and an optical detector to measure the absorption of light. “Conventionally, researchers use expensive spectrophotometer—an instrument used to measure the amount of light absorbed by a sample—as the detector in lab-based experiments. In the current device, we have replaced the spectrophotometer with a simple electronic circuit that uses an optical device and has integrated the whole set-up in a small portable device to make it cost effective and field-deployable”, informs Prof. Mukherji.

The researchers say that the device is so easy to use that farmers and fisherfolk alike can use it. In fact, even we could use it to check whether the concentration of copper in our drinking water is within the permissible limit for consumption as set by the World Health Organisation!

The researchers have also successfully tested the device using blood, soil and water samples. “Currently we are working on the shelf life of the -immunoglobulin G so that the sensor cartridge can be purchased and preserved by the users for a long time before use. We are also working on the design of the device to make it more robust for field-use. The process of industrialisation of this device is in progress”, concludes Prof. Mukherji.