A Computational Model of the Bladder 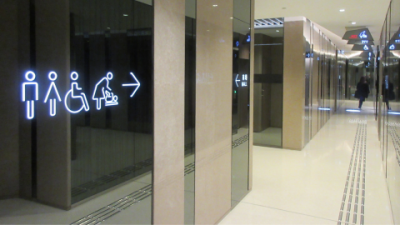 We have all felt it—the uncomfortable feeling in our nether regions that has us heading to the nearest washroom to empty our bladder. While many of us can hold it until we reach a toilet, those with urinary incontinence, or the inability to prevent the leakage of urine from the bladder, face a severe social and hygiene issue. This condition can be caused by a variety of factors, such as urinary tract infections, kidney stones or neurological disorders. A recent study by researchers at the Indian Institute of Technology Bombay (IIT Bombay) and the University of Birmingham, UK may hold hopes for a better understanding of urinary incontinence and possible interventions for those suffering from this condition.

The detrusor smooth muscle, which forms the wall of the urinary bladder, controls the retention and release of urine from the bladder. Urinary incontinence is believed to be a result of spontaneous contractions of this muscle. In the current study, published in the journal PLOS One, the researchers have tried to understand the electrical phenomena that govern muscle contraction. They have constructed a computational model to mimic the physiological conditions of the bladder at the cellular level.

Every cell maintains a charge difference across its membrane due to the presence of charged particles, or ions, on its either sides. When the cell receives a signal, like an electrical impulse or a chemical compound that binds to receptors on the cell surface, the channels present in the cell membrane allow specific ions to travel from the inside to outside or vice versa, altering the charge difference. Depending on the types of the signal and the ions, different channels allow or inhibit the movement of ions across the membrane. At a macro level, a muscle relaxes or contracts based on the net result of the ion exchange.

It is challenging to study how the bladder contracts in a biological model like mice because of the chaos of channels opening and closing and ions flowing in and out. It is tough to control and measure all ion concentrations and channel openings. A single ion or channel type can be studied at a time, but not the numerous different channels and ions. Here is where a computational model comes in handy—through an elaborate, skillfully crafted code executed on a computer, experimenters can take a complex biological system and break it down such that each component can be manipulated individually and the resulting events can be studied in detail without ever having to step into a biology lab.

However, building such a computational model comes with challenges. Previous models of the detrusor smooth muscle are relatively primitive, and detailed experimental data on the ionic channels of any particular tissue are lacking. The researchers had to gather information from experimental studies for individual ion channels and then work them into a single model that was physiologically accurate by tuning the parameters for each ion channel.

“The most crucial feature of our model is that it is physiologically more realistic and biophysically explicit than previous models. In addition, in previous models, the properties of the ion channels employed were not validated against experimental data”, says Prof Rohit Manchanda from IIT Bombay, talking about the superiority of this model.

Although the current computational model is created for the mouse detrusor muscle, the researchers hope to extend it to human muscles. “Similar patterns of electrical activities are observed in urinary bladder smooth muscle cells of both human and mouse. Therefore, our model may also help in unravelling the underlying biophysics for electrical properties of human detrusor smooth muscle cells, and aid in understanding the origins of and possible treatments for urinary incontinence,” says Prof Manchanda.

The researchers hope to develop it further into a multicellular 3-D electrical network model to better study the spread of signals in the muscle. This model and its successors will help in better understanding the workings of the bladder and answer questions about how to treat the diseases that affect it.