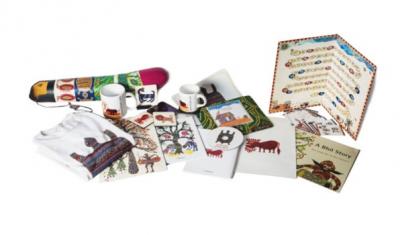 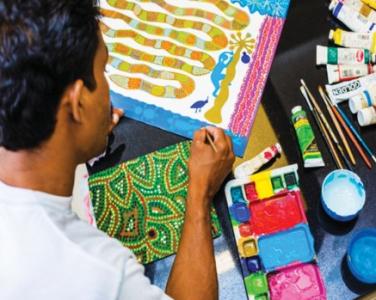 Our team’s movie, ‘Hum Chitra Banate Hain’ is the recipient of National Film Award 2016 for the best animation film. It has also won the grand prize the ‘Light of Asia’ - at the Indie Anifest-2016, Seoul, Korea and the Jury’s Special Mention Award at the SiGNS Festival, Kerala.

The goal for the project ‘Telling it Together’ has been to bring Bhil Art of Madhya Pradesh to a global platform that would offer visibility and income enhancement. It involved interacting with the Bhil artists at the Manav Sangrahalaya in Bhopal. Thirty years ago, Mr. J. Swaminathan had encouraged the Bhils to take up painting commercially, on canvas and paper. But their stories were still not being shared.

Our project team went many steps further. The artists shared their stories and their art, inviting the project team generously, to share in their rituals and concerns. The team back at Tata Centre for Technology and Design (TCTD) was intrigued. Could this storytelling be merged with new media to provide new, fluid, organic ways for their art to flourish?

It was decided to use animated films as the perfect platform for their art, music and songs to merge together. But, the stories needed to be told with the craftsmen, not for them. Mr. Sher Singh Bhil, a local artist, worked with professional scriptwriters to recount an age-old story of how the Bhils had started to paint. He painted key images for the film, which were then animated by trained animators.

Working with Mr. Sher Singh, the next co-creation was the book ‘A Bhil Story’. This was published by Tulika, and soon translated into 9 languages. Even as royalties from the book have started to come in, Mr. Singh has been commissioned to make illustrations for the Aga Khan Foundation’s Seminar. His artwork can now be found in the publication, ‘Design to Sustain’. He was commissioned to create the artwork for the IAWRT for its International Seminar, The Biennale Conference, 2015.

From the previous experiences that the team had with the craft communities, economic benefits enthused the artists and were essential for them to concentrate and flourish their art. So options to promote all the artists were being explored. The bhilart.com website was born. Fourteen artists were showcased here. The website garnered attention from NDTV, who interviewed the team and the artists for their show, ‘Art Matters’. Currently, some networking solutions are being worked upon with partners such as Habba.org to directly sell the art online.

Our team is still exploring more media to promote Bhil art. Mr. Tapan Kumar, a Tata Fellow, has conceptualised a wonderful game based on atraditional Bhil festival, told through their art, in the very latest media - a gaming app for the mobile. The board games ‘Aage Peeche’ and ‘Smaran’ are ready to be marketed. A new range of merchandise is being designed and how the artists will get royalties from this for their artwork, is being worked upon.