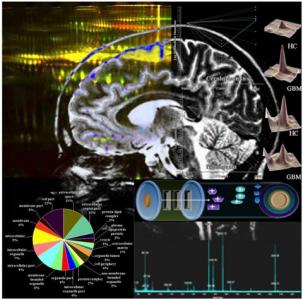 Glioblastoma Multiforme (GBM) is the most aggressive of all grades of a type of brain tumour known as glioma, with less than one year of life expectancy. Detection of brain tumors at the early stages of the disease is a challenge and may improve treatment outcomes. A recent research finds that it is possible to detect GBM by analysis of proteins in the blood serum.

Glioma brain tumors are caused due to an uncontrolled increase in certain cells known as ‘glial cells’. Gliomas form 80% of all brain and central nervous system tumours and 30% of malignant brain tumours. GBM (Glioblastoma Multiforme) is the fourth and final stage of Glioma. It is particularly aggressive and with presently available treatments, it is difficult to eradicate the uncontrolled growth of tumour cells, hence leading to early death.

While early detection may hold some hope, available diagnostic methods fall short. Imaging methods such as MRI are also unsatisfactory in early detection of gliomas. Tissue diagnosis is usually recommended at very advanced stage and may not always be feasible. Hence diagnosis through proteins in blood is being seriously explored for brain tumour detection.

Using proteins to detect diseases is part of Proteomics, a discipline for large scale study of proteins. Proteomics has a role not only in disease detection but also may have role in disease treatment since many diseases are caused due to malfunctioning proteins. However, the challenge is to identify few proteins out of thousands of proteins that are differently expressed in diseased subjects Advanced analytical techniques such as mass spectrometry and protein microarrays are used to study thousands of proteins in a given experiment.

This research represents an advance in method of detection of GBM. Early detection may even result in better treatment and hence better outcome. Of course, it must be remembered that GBM is the fourth stage of Glioma, and this research is part of bigger research to identify proteins at various stages of Glioma so as to lead to detection at even earlier stage and hence better treatment. In a collaborative research with Johns Hopkins Medical and IIT Bombay, Dr. Srivastava’s group is using protein chips containing 17,000 human proteins (~ 40,000 features) for the identification of protein autoantibody markers from blood serum for the early detection of brain tumors.

However it could take some time for this advance to reach consumer stage. Dr. Sanjeeva Srivastava, lead researcher of the study from IIT Bombay informs, “There are various stages for such research to reach clinical stage, where it contributes to human welfare. The first step is discovery stage, where one discovers the proteins which are differently expressed in a certain disease. After this there is the validation stage where the discovery is validated. It is only after validation that diagnostic advances can reach the clinical stage.”

IIT Bombay will be hosting 6th Annual Meeting of Proteomics Society of India and International Conference and workshops from 6th to 11th December 2014.