Morita-Baylis-Hillman (MBH) reaction is the coupling of the α-position of activated alkenes (vinyl anion equivalents) with various carbon electrophiles mediated by a tertiary amine or tertiary phosphine. MBH reaction has emerged as a simple, convenient and one-pot methodology for C-C bond forming reaction in organic synthesis. However, C-N bond formation via similar strategy has been barely investigated despite the fact that C-N bond forming strategies offer convenient access into natural/unnatural amino acids and other synthetically and biologically useful building blocks. 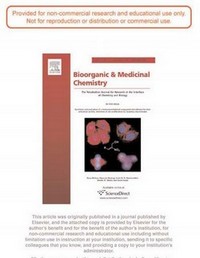 Prof. Irishi N.N. Namboothiri and his students at Department of Chemistry have developed a method of preparation of a-Hydrazino-a, β-Unsaturated Nitro Compounds. Although, ß-unsaturated nitro compounds (conjugated nitroalkenes) are powerful Michael acceptors and the first step in the MBH reaction is the Michael type addition of the nucleophilic amine catalyst, conjugated nitroalkenes are evident by their absence from the activated alkenes used in coupling with various electrophiles. This is presumably because the Michael type addition of amine catalyst to nitroalkenes, though takes place rapidly, suffers from the competitive retro-Michael addition. Furthermore, due to the poor nucleophilicity of the nitronate (arising from initial Michael type addition of the nucleophilic amine catalyst) and the propensity of the nitroalkenes to undergo polymerization, all previous attempts to carry out the MBH type reaction of nitroalkenes were fraught with difficulties.