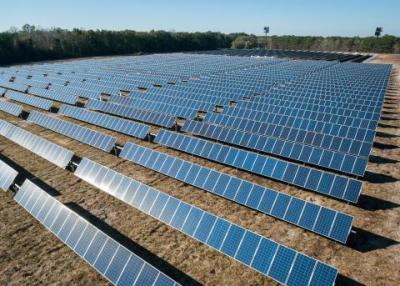 Power outages in India are widespread and regular due to a shortage of power generation. One way out of this problem is to have a microgrid—a small network of a localised group of power sources and consumers—powered by a renewable source like the solar and wind energy. As solar and wind power are less reliable owing to their dependence on the season, weather and the time of the day, microgrids require good batteries that provide a constant power supply by storing sufficient energy. With many battery technologies available, how would one choose the best? A new study by researchers at the Indian Institute of Technology Bombay suggests a way to compare batteries based on various factors such as cost, energy performance and impact on environment.

Today, a wide range of battery technologies, like lead–acid, lithium ion, nickel–metal hydride, nickel cadmium, sodium sulphur, and lithium sulphur, are available in the market. One criterion that decides a customer’s choice of the battery technology is the cost. Also, each of these technologies has distinct advantages. For example, lead-acid batteries are cheaper and widely used; lithium-ion batteries have a long life and enhanced safety; nickel–metal hydride batteries deliver high current; cadmium batteries can support a higher number of charge/discharge cycles and can operate in broad temperature ranges.

However, with improvements in technology, many batteries have advanced features at comparable prices. Hence, it makes sense to have an alternate approach. “Though cost is an important factor in comparing different technologies, as the country is moving towards renewables emphasising environment-friendly systems, such studies can be expected to play a major role”, say the researchers, talking about the implications of the study.

The researchers, led by Prof. Rangan Banerjee and Prof. Prakash Ghosh from IIT Bombay, have evaluated the performance of the six battery technologies mentioned above by conducting a life-cycle assessment (LCA) of a solar-powered grid backup system which is powered by solar energy and battery. Life-cycle assessment is a systematic way to estimate the environmental impact of any product, throughout its life, starting from its production to its destruction.

The study considers the energy requirements and carbon emissions for manufacturing, transportation and recycling of various components of the microgrid, powered by these batteries, for Indian conditions. This microgrid was designed to supply an urban housing complex of 30 households with 3 hours of load per day.

“Existing technologies are studied in terms of direct and indirect energy inputs and generation, to assess the energy payback. Similar studies on the carbon footprint have also been conducted to compare different options. Such studies are important in the Indian context, and therefore, all estimations are concerning India”, comments Prof. Rangan Banerjee, one of the authors of the study.

The researchers found that in all the six battery microgrid systems, the energy consumed for production, transport and manufacturing of the components of the microgrid system was replaced by the energy output of the system within five years. Also called the energy payback time, it ranged from a minimum of 2.6 years for the lithium-ion battery to a maximum of 4.3 years for the sodium sulphur battery. The researchers also quantified the Net Energy Ratio (NER), a measure of the energy return from the system per year, and found that the lithium-ion battery had the highest NER of 6.6. This value implies that the energy output per year is 6.6 times the total energy required by the system averaged per year.

The study also calculated the carbon dioxide emission factor---the average carbon dioxide emitted during the production, transport and manufacturing of the components of the microgrid system per year. It was found that sodium-sulphur battery had the highest emission factor and nickel-cadmium battery had the lowest. In addition to providing useful information for better battery choice, the researchers suggest that this study could also be used for improving the manufacturing and transport practices of both, the batteries and the microgrid systems.

The researchers suggest a battery technology with energy payback time less than 2.5 years, NER more than 5, and emission factor less than 0.5 kg of CO2/kWh as an efficient choice for a microgrid battery system.

The primary aim of this research, according to the researchers, is providing tools for governments and private players to look beyond cost and opt for environment-friendly technologies for a sustainable future. They hope to extend the study for photovoltaic, wind and other renewable sources with diesel backup and hybrid storage technologies.