The organic way to energy storage 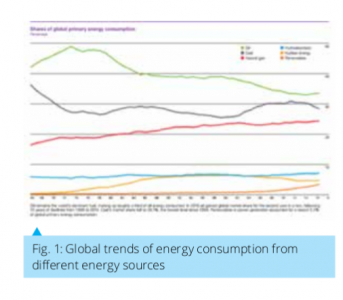 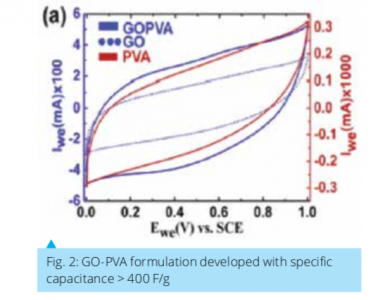 Today, energy is the catalyst for economic growth of any country. Data from the BP statistical review of world energy 2017 as shown in Fig. 1 suggests a decrease of about 10% in consumption of energy from oil (green line) and coal (navy line) have been observed over the last 50 years. This has been gradually replaced by other clean energy sources with a major contribution coming from nuclear (orange) and renewable energy source (dark orange). With depletion of fossil fuel, it has become all the more important not only to generate renewable energy but also store it The recent developments in the carbon based chemistry of materials have generated a lot of interest in using such formulations (organic and organic-inorganic hybrid material compositions) for efficient energy storage in the form of super-capacitors. Advances in these devices are delivering better-than-ever energy storage solutions. In times to come, batteries may become a technology of past with development of super-
capacitors based hybrid devices. One of the major research activity at the Nanostructures Engineering and MOdeling (NEMO) Laboratory, IIT Bombay is the development of electrode materials for super-capacitive devices.We have been designing and synthesising various materials formulations based on organic and organic-inorganic hybrid formulations to achieve high specific capacitances. In one such published result, we have reported highest achievable specific capacitance of > 400 F/g in all carbon electrode materials for super-capacitors [Journal of Power Sources 321, 102 (2016)]. Other efforts in this perspective include utilisation of industrial waste
from iron and steel industries for energy storage solutions and smart super-capacitive devices.