Ensuring Enough Electricity for All 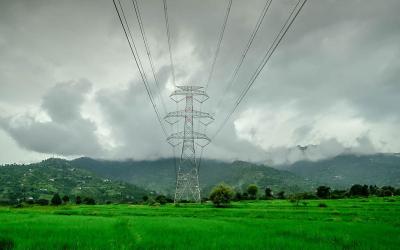 Ever wondered how is it that a bulb lights the moment you switch it on? Every time we switch on an appliance, some power station burns a little more fuel to supply the energy demand from the appliance. Any imbalance in the supply and demand can lead to to a power cut or power loss. In a recent survey article published in the journal of philosophical transactions, Dr Ankur Kulkarni of Indian Institute of Technology Bombay has put together a novel theoretical framework to handle this problem. In the article, he has collated relevant results from game theory, a field of mathematics that studies ‘games’ as the name suggests.

The power grid is a network of interconnected power lines and substations and used for distribution and transmission of electricity. Effective operation of the power grid is the key to minimise energy loss, making power grid management one of the most researched topics in energy production and distribution. A new dimension is added to these studies with the increasing deployment of renewable sources like solar and wind energy. The energy generated from these sources is unpredictable, prompting the design of new models where demand is adjusted based on supply. It is well established that renewable energy sources are the ones for the future. But effectively tapping on to their potential is no easy task. One of the hurdles is the unreliability of the sources themselves. For instance, we need not have the wind at a desired speed or sunlight at the desired intensity at a certain time of the day. A way to overcome this challenge is to adjust the consumption based on production. That is to produce and use electricity when sunlight or wind is available.

Game Theory emerged during the early part of 20th century as an attempt to mathematize social sciences. In a game, players try to effectively use available resources to their advantage. Often the strategies of a player should take into consideration the fact that other players must also be devising counter strategies. Game theory is widely used to model problems involving many players, especially when each of them tries to maximise their benefit, independently or otherwise. Nash equilibrium, named after Prof. John Nash (seen the movie A Beautiful Mind?), is an important property of games. It is a condition in which no player can extract any advantage by changing their strategies unilaterally. Knowing a Nash equilibrium of a game can help us design the rules in such a way that the game leads to scenarios which are desirable for all those involved. For instance, in the case of power grid management, a desirable scenario will be characterised by optimal profit for the supplier, minimised cost for the consumers and reduced wastage of power. A Nash equilibrium is difficult to compute, especially if the game has a large number of players and possible moves and may exist only under certain conditions.

In the article, citing known results in the field of game theory Dr Kulkarni demonstrates that the reversed problem of adjusting demand of power as the supply changes can be fit into a game-theoretic framework. The problem can be modelled as a game where each player (the consumer, at the demand end) is bound by constraints like the total energy available and price per unit of power dictated by the supply side. What is remarkable is that a Nash equilibrium is possible for such a system even under fairly generalised assumptions regarding the number of consumers, price, the total power available etc. Once these parameters are set in such a way that the game is in equilibrium, a steady state of ‘consumption based on supply’ emerges. This steady state makes an optimal and integrated operation of next-generation power distribution systems possible. So, in other words, it is possible to design a distribution system in which the optimal strategy for the end users would be to adjust their usage based on supply or information provided by the supplier. Any attempt at deviating from it would result in a loss for the consumer.

This article proposes a theoretical framework for designing next-generation power distribution systems. This is an instance of how abstract mathematical theories can help the development of technology and accelerate progress. But putting it into practice would require fine tuning of the mathematical results and also development and design of necessary technology including one which will ensure two-way communication between demand side and supply side.