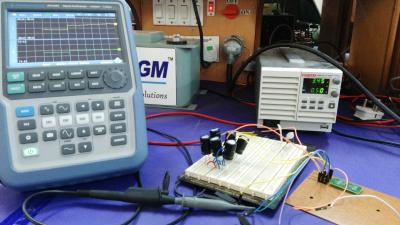 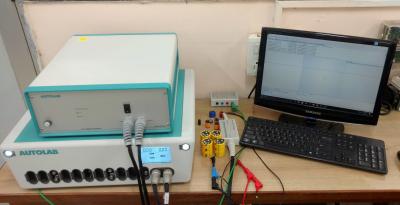 This project deals with supercapacitors, which are high-energy capacitors with much higher capacitance than a conventional capacitance of the same size. They are useful alternatives to conventional battery storage systems with higher power density and larger cycle lives. The objectives of the project are: Design and fabrication of power packs by stacking a large no. of supercapacitors: Although supercapacitors have a higher capacitance, the voltage ratings of the devices are considerably low (2.5 - 2.7 V). However, most of applications require a much higher voltage rating, which demands stacking the capacitors in series and / or parallel, forming a power pack. If the value of series connected capacitances are different because of the manufacturing tolerances, voltage mismatches result across the stack. Because of these mismatched voltages, the charging of the stack is stopped when one of the series connected capacitor reaches the rated voltage. This results in inefficient use of the energy storage system. Another challenge is that because of charge imbalance, a large current circulates in the stacks. Fractional calculus based modeling in time and frequency domain: The values of the capacitance of supercapacitors vary with respect to different operating conditions like state of charge (SOC) level, frequency of operation, magnitude of current and temperature. Such dynamics can be well represented using fractional order differential equations as compared to their integer order counter parts.