Are We Wasting Heat? 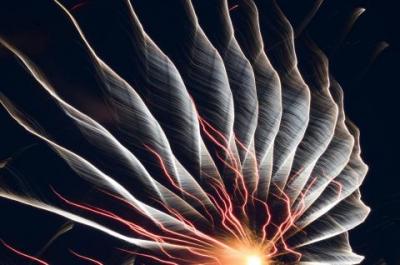 Heating up of electronic devices is a pain point in today’s electronic device engineering. It reduces the lifespan of the devices and also results in wastage of energy as heat. A study by researchers at the Indian Institute of Technology Bombay (IITB) has thrown some insights on using the heat generated from electronic devices like phones and computers, to generate electricity. This work, published in Nature’s Scientific Reports, analyses the role of electron scattering in harvesting waste heat.

“Present and future generations of powerful computer chips heat up significantly to the point that the generated heat in the chip itself might be the cause of the chip's thermal death. Projection data indicate that after the next few generations of computer chips, this dissipated heat density in a chip might be equivalent to that of a nuclear reactor”, says Mr. Aniket Singha, a PhD scholar at the Department of Electrical Engineering, IITB, and an author of the study.

In this study, the researchers are looking at ways to address the problem of excessive heat dissipation in semiconductor based electronic devices, and reconvert this into electricity using the concept of thermoelectric effect - a physical phenomenon where a difference in the temperature between two contacts leads to a difference in the voltage, and hence flow of electricity.

Electrons play a very important role in the flow of electricity. Only those that have high energy, above a particular threshold, become free to conduct. For thermoelectricity electrons gain energy by heat in hot junction and flow towards the cold end. But what if some electrons flow in reverse direction? That will of course affect amount of thermoelectricity generated.

Studies have shown that by adding an ‘energy filtering barrier’ between the hot and cold contact we can prevent electron flowing from cold end to hot end. And this helps in maintaining unidirectional flow of electrons and decrease the resistance. Energy filtering is a process where electrons of a specific energies are allowed to pass through the barrier, so there is flow of electrons in only one direction - from the hot contact to the cold contact. While it is obvious that a very thin energy barrier will adversely affects the thermoelectric performance due to reverse flow of electrons and very wide barrier is also detrimental as it can increase scattering.

In this study, the researchers propose to decrease such scattering by making the width of the barrier ‘just sufficiently wide enough’ to do an efficient energy filtering.

But wouldn't a barrier affect conduction in the first place? Yes, say the researchers, adding that “the beauty of semiconductors lies in the fact that electrical conductance can be increased (even to the point of metallic nature) by doping it with impurities”.  The proposal put forward in the study is to fabricate an energy barrier to improve the energy filtering process, and beating the decrease in electrical conduction by increasing the doping.

“With the help of mathematical tools and quantum mechanics, we have successfully uncovered the microscopic role of the different electronic scattering mechanisms on thermoelectric performance and thereby concluded that for certain types of scattering mechanisms, we can actually put energy filtering to use to improve the harvesting performance”, says Mr. Singha.

While experimental studies have shown the possibilities of harvesting waste heat, the lack of theoretical and mathematical understanding of this phenomenon has made it confusing for device experimentalists to actually predict what can be done further to improve the same. The present study tries to address this gap. “The most elegant part of the research is that the mathematical equations formulations and the concluded results are independent of any particular set of material parameters, and valid for all semiconductor materials”, says Mr. Singha.

The researchers hope this study is of immense value to material scientists to help them answer questions like "given a material, which path should I follow to get an optimized waste heat harvesting". Since most electronic devices today are based on semiconductors, this study takes into account the three basic properties of a semiconductor  -- the density of the material, the transport velocity of the electrons and the time taken by the electrons to return to their normal energy state (relaxation time).

“From the proposed mathematical framework, you can easily conclude the optimum height of the energy filtering barrier for any material, provided that you know the energy dependence of the three quantities in advance”, signs off Mr. Singha.